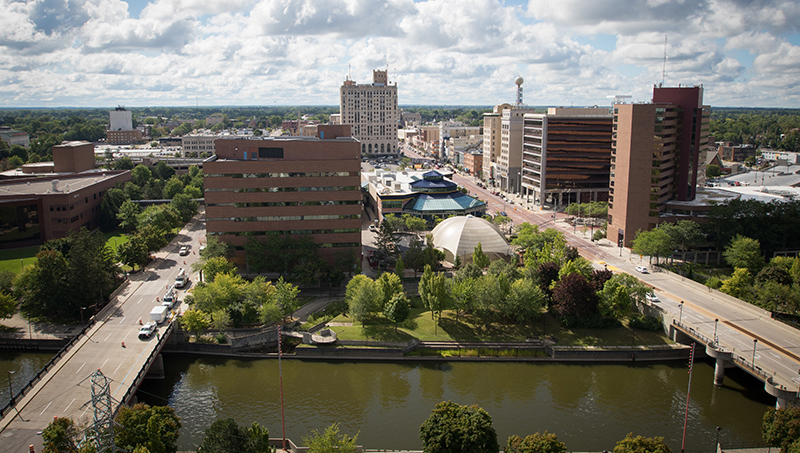 Yvonne Lewis does not shy away from issues that impact her community.

The same goes for many of her Flint, Mich. neighbors.

Lewis has lived in Flint for 42 years, and her approach to these issues is simple.

Lewis is among a cohort of Flint leaders who have bridged the gap between community needs and academic research. The result is the Healthy Flint Research Coordinating Center (HFRCC). 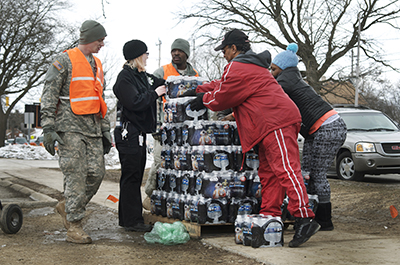 A lack of coordination was evident in 2015 when local physicians urged Flint residents to avoid their tap water after discovering elevated blood lead levels in children.

“It was like a double whammy because, first, we get hit with this water crisis, and then right after, a flood of people from across the country arrived here to do research,” said Ella Greene-Moton, who has lived in Flint for 50 years and worked with Lewis and others to establish HFRCC. “Many of them came to ‘poor little old Flint’ not realizing we had been a close partner in academic research for years. It was almost like we didn’t have a voice.”

The center helps facilitate community dialogue so that Flint residents can collaborate with academic partners to set the research agenda. Faculty can vet their proposals through a community ethics review board to gather feedback from the local residents who will be impacted by their work.

And when it comes to funding, the center also helps faculty identify opportunities to support their research.

“I’m excited for what the future holds because we’re constantly working to build an equal and equitable relationship,” said Lewis, HFRCC Community Core co-director. “The most important thing to remember here is that people are critical to every research project in Flint, and that goes well beyond water, so it’s necessary that our residents have a voice in the process.”

Below are examples in which HFRCC partnered with U-M researchers to address two critical issues facing Flint—water quality and youth violence.

An education on water 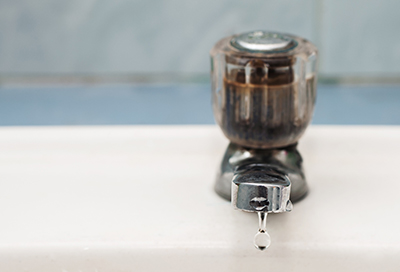 Nearly half of all pregnancies are unintended.

That statistic, from the U.S. Centers for Disease Control and Prevention (CDC), emphasizes the importance for women of reproductive age to adopt healthy behaviors:

These are just a few examples, but in Flint, women of reproductive age are encouraged to add another bullet to that list—and the reason stems from the city water crisis.

Gergana Kodjebacheva has lived in Flint for six years, so once the water crisis emerged, she used her research expertise to help educate local women about the dangers of lead water contamination. Kodjebacheva and her colleagues at UM-Flint and the Genesee County Health Department developed a web-based intervention to help improve knowledge, skills and behaviors related to safe water drinking among women of reproductive age.

Researchers recruited Flint women to participate in the intervention, which included an initial survey, completion of three online modules and a follow-up survey. The course for women of reproductive age focused on healthy behaviors, lead water contamination and ways to avoid contaminated water.

About 78 percent of participants were already aware that eating food high in calcium, iron and vitamin C could help protect a pregnant woman and her unborn baby from lead poisoning. That percentage increased to 96 percent following the intervention.

And 26 percent of participants stated they were confident they could install a filter on a kitchen sink. After the intervention, which included video tutorials on how to install a lead water filter, that percentage increased to 88 percent. Researchers presented their findings at the Excellence in Pediatrics conference.

“These results highlight the importance of developing similar interventions because they help people understand the relationship between healthy behaviors and pregnancy outcomes,” said Kodjebacheva, associate professor of public health and health sciences at UM-Flint.

Kodjebacheva plans to expand the intervention to incorporate more Flint residents. And with help from the Speak to Your Health Survey Committee, she continues to explore how tap water quality influences a host of other health issues affecting Flint residents, including poor sleep and depression.

“The effects of lead can be both physical and psychological,” she said. “It can be a very disturbing experience when someone cannot rely on the water in their own house, which can have a detrimental influence on health in many ways.”

More than 13,000 students in grades 9-12 reported being in a physical fight on school property within the past year.

That statistic from the CDC paints a stark picture of school safety, but the consequences of violence extend beyond just physical injuries.

The intervention, led by mental health professionals, police officers and staff members embedded within the schools, targets students in grades 4-6. Heinze and his colleagues orchestrated training seminars so that school employees can better identify and respond to students who exhibit aggressive behavior or threats of violence.

“You see schools, not just in Michigan but nationwide, are often limited to extreme approaches to quell violent behavior—your options are suspension or expulsion,” said Heinze, assistant professor of health behavior and health education at U-M. “Our approach is different. If you and I have some sort of problem, rather than immediately sending you down to the principal’s office or home, we would work with a trained adult to find an alternative solution.”

School employees also completed training to identify, understand and respond to signs of mental illness and substance use disorders among students.

“Issues like chronic stress and trauma can manifest themselves in children in so many different ways,” said James Yake, director of health, safety and nutrition for the district. “It resonates in their behavior and it impacts their achievement in the classroom.”

As part of the intervention, the National Institute of Justice also awarded participating schools with funding for facility upgrades, with the ultimate goal of increasing safety. To measure its success, students and teachers will receive a follow-up survey this spring to gauge their perceptions of school climate and safety.

“We are thinking about safety from a much broader level,” said Yake, a Flint native. “We certainly want to make an impact here in our community, but we’re also excited to inform the broader educational community about what strategies have been effective for us.”

Do you want to learn more about research at U-M? Subscribe to Michigan Research

of pregnancies are unintended, according to data from the CDC

students in grades 9-12 reported being in a physical fight on school property within the past year, according to data from the CDC