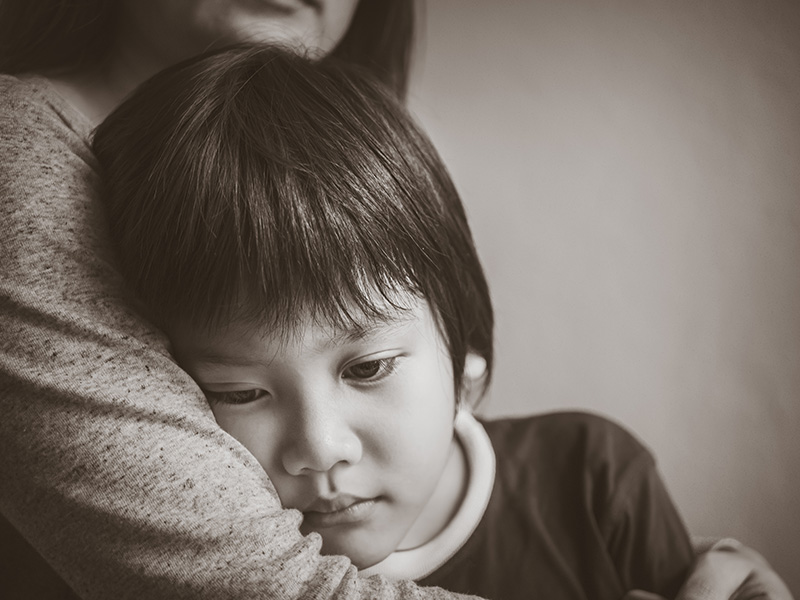 He tried just about anything to keep his daughter from crying.

He held her, offered her treats and let her run around outside, but she only wanted one thing—her mother.

“I feel like pulling my hair out, like I’m doing something wrong, but there’s not much I can do,” a military veteran told researchers at the University of Michigan.

He blames himself. An overseas deployment forced him to miss important family milestones, and since he returned, it’s been difficult to reconnect with his young daughter.

Similar scenarios are played out in households nationwide.

“Everything about child development builds on early relationships, so disruptions during a child’s early years can be particularly profound,” said U-M psychologist Kate Rosenblum. “It takes time to build up that relationship again, and that can be incredibly painful for children and their parents.”

Rosenblum is among a cohort of U-M researchers exploring how separation impacts families, whether it involves military deployment, incarceration or border crossings.

Their research has led to programs that aim to repair parent-child relationships fractured by episodes of separation.

“It’s one thing for us to conduct research, but there’s got to be more to it than that,” said Julie Lumeng, director of the U-M Center for Human Growth and Development, which recently co-hosted an event with U-M’s Zero to Thrive initiative about research and policy perspectives surrounding separation of families. “We have to translate our knowledge gained from this research into interventions and recommendations that foster the healthy development of children, families and communities.” 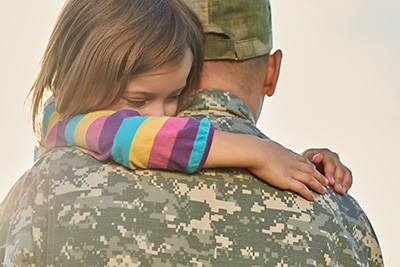 More than 2.4 million American troops stationed in Iraq and Afghanistan between 2001 and 2015 had children prior to deployment, according to national defense data compiled by the RAND Corporation.

Rosenblum works with many of these military families, tailoring interventions that aim to support veterans and their families as they transition from deployment to reintegration.

“It’s really incredible how resilient military families are,” said Rosenblum, a professor of psychiatry, as well as obstetrics and gynecology. “It’s profound the sacrifice these families make during this difficult time.”

Her early research reaffirmed the need for programs that support military families during reintegration, so she and her colleagues recruited service members with young children to measure the efficacy of a specially tailored parenting intervention. Service members were asked to participate in the Strong Military Families program, a multifamily parenting group intervention that aims to strengthen protective factors and promote military family resilience.

Jason, a member of the Air National Guard with a wife and four children, was among the participants. He returned from Afghanistan and developed posttraumatic stress disorder, which made it difficult for Jason to control his emotions around his family.

As part of the Strong Military Families program, Jason learned new self-care skills such as deep breathing—a skill that facilitators encouraged Jason to practice to help control his emotions. After weeks of practice, Jason was able to apply deep breathing when his 2-year-old threw a tantrum at the swimming pool, refusing to get in the water.

Deep breathing helped Jason control his emotions, comfort his son and the two eventually entered the pool together.

Jason’s situation is not unique, as Rosenblum’s research reveals many service members have shown improvements in positive parenting behavior after completing the Strong Military Families program. These findings encouraged Rosenblum to develop partnerships with organizations that serve military families nationwide to help increase access for service members and their families to parenting interventions.

“Reunions are not only those hallmark moments you see on YouTube,” she said. “Reintegration into family life is a process—not a singular moment. And the process can be quite stressful and challenging for both the family system and child development, which is why these types of interventions are so critical.” 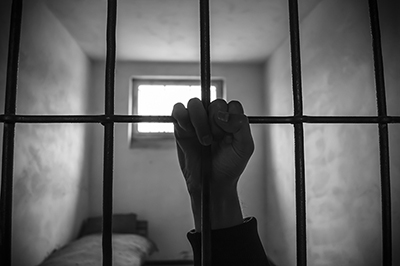 That number has since jumped to 110,000, a 14-fold increase, according to corrections data compiled by the Vera Institute of Justice.

This statistic has grave implications for child development because, as Alison Miller points out, nearly 80 percent of women in jails are mothers, and most are single parents.

“It’s tragic,” said Miller, associate professor of health behavior and health education in the U-M School of Public Health. “We are not taking good enough care of kids and their families, especially those who are living on the margins.”

Miller and Motherly Intercession Director Shirley Cochran helped recruit 45 female inmates from the Genesee County Jail to participate in the Parenting While Incarcerated program, which involves one-hour educational sessions each week for up to a year.

Weekly sessions cover a variety of topics, including how to properly discipline children without aggression, how to improve communication skills and how to build strong parent-child relationships despite separation. Miller’s research shows increases in parental confidence and reduced stress among female inmates who complete the program.

“The program allows mothers to step back from the immediacy of parenting and reflect on the relationships with their children in a way they haven’t done before,” she said.

Parenting While Incarcerated continues to impact inmates at the Genesee County Jail, and Miller and her colleagues hope to generate additional funding to implement the program in correctional facilities outside of Flint. They also hope to extend the program to male inmates.

“If jailed parents have the opportunity to learn not only specific parenting skills, but also new strategies for self-care and stress management, they may be able to better cope with the stressors outside the jail setting,” she said.

Do you want to learn more about research at U-M? Subscribe to Michigan Research

female inmates housed in jails across the U.S. in 1970

female inmates housed in jails across the U.S. in 2016

The university’s Zero to Thrive initiative, led by Professors Kate Rosenblum, Maria Muzik and Alison Miller, seeks to transform the lives of young vulnerable children and their families through research, community partnership and service. Its Translational Research Network harnesses the strength of multidisciplinary faculty across campus whose work focuses on families with young children facing adversity. Learn more about Zero to Thrive.